This banh mi stall was one of the places I was most excited to try in Saigon. Strictly speaking, banh mi is the Vietnamese word for the French baguette introduced during the colonial period. But when most people say “banh mi”, they’re specifically referring to the sandwich that’s often hailed as being one of the best in the world.

We learned about Bánh Mì Huỳnh Hoa from the first episode of Luke Nguyen’s Street Food Asia. Not only is it his favorite banh mi stall, but practically every food blogger and “top 10 list” cites it as being the best place to get banh mi in Saigon. So popular is this place that you’re advised to arrive early to avoid the long queues. As you can see below, today was no exception. 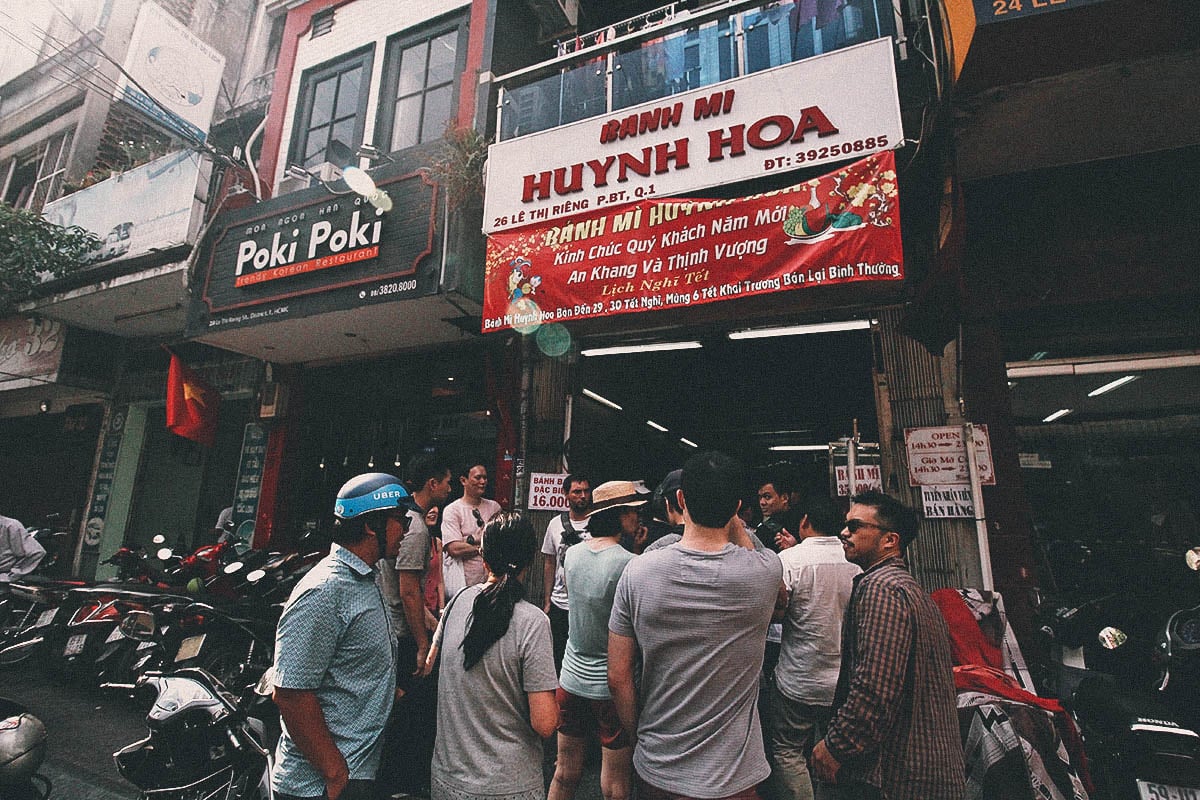 Interestingly, Bánh Mì Huỳnh Hoa is known by another name – Banh Mi O Moi – which basically translates to “lesbian banh mi”. The reason for this is that the place is owned by a lesbian couple. They opened the stall over 30 years ago and originally staffed an all lesbian crew. Based on what I’ve read, people know it more as Banh Mi O Moi rather than its actual name, so if you’re lost and can’t find it, then just ask for “Banh Mi O Moi”.

Lines may have been long but they did move fairly quickly. Notice the stacks of cold cuts? 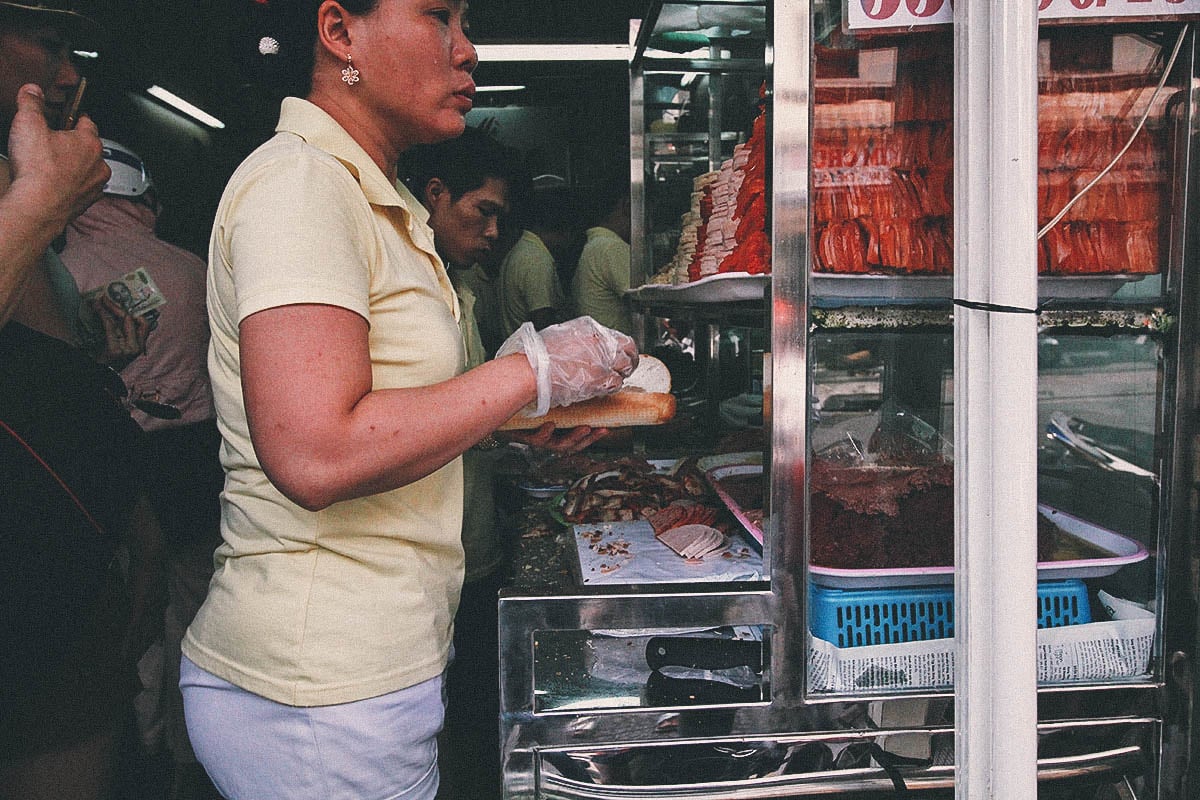 Our beautiful banh mi. Notice the strands of pork floss there? 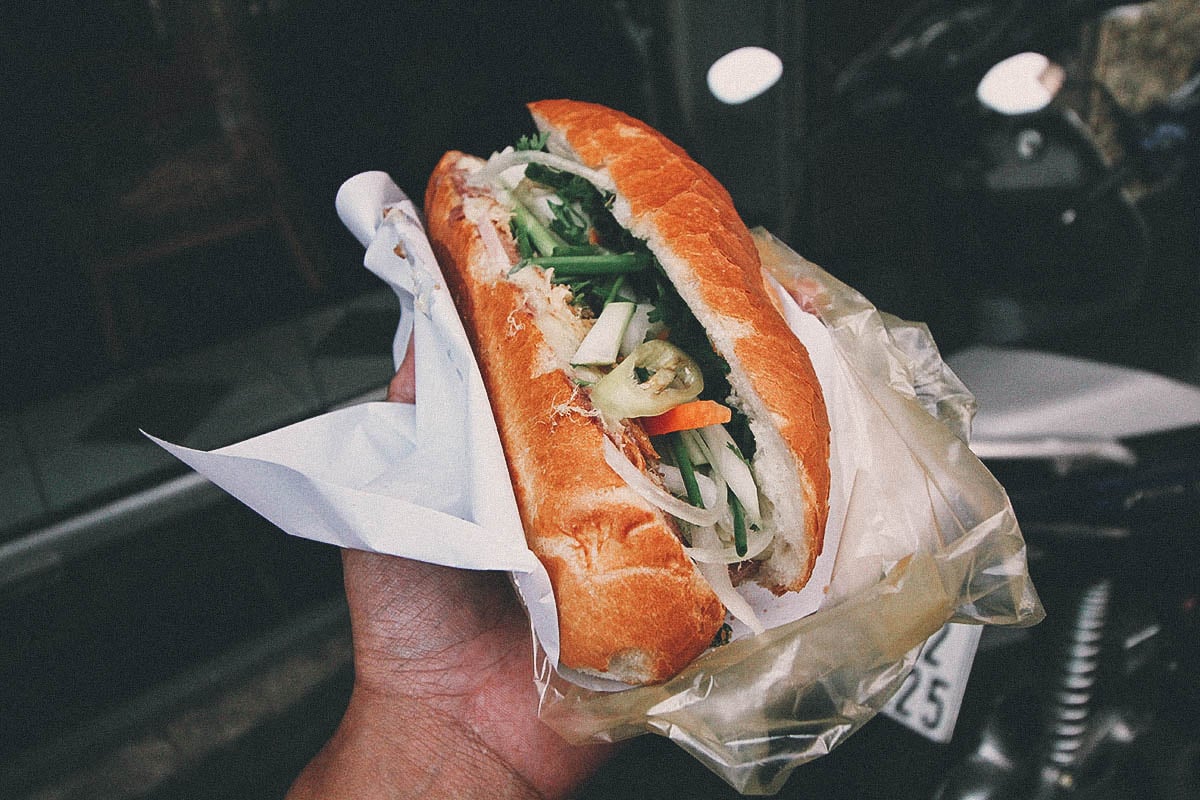 We enjoyed banh mi in every city we visited but the one here was by far the most loaded. Just look at that thing! It’s practically overflowing with meat and veggies. No wonder this place is so popular. Their banh mi is delicious and extremely satisfying. 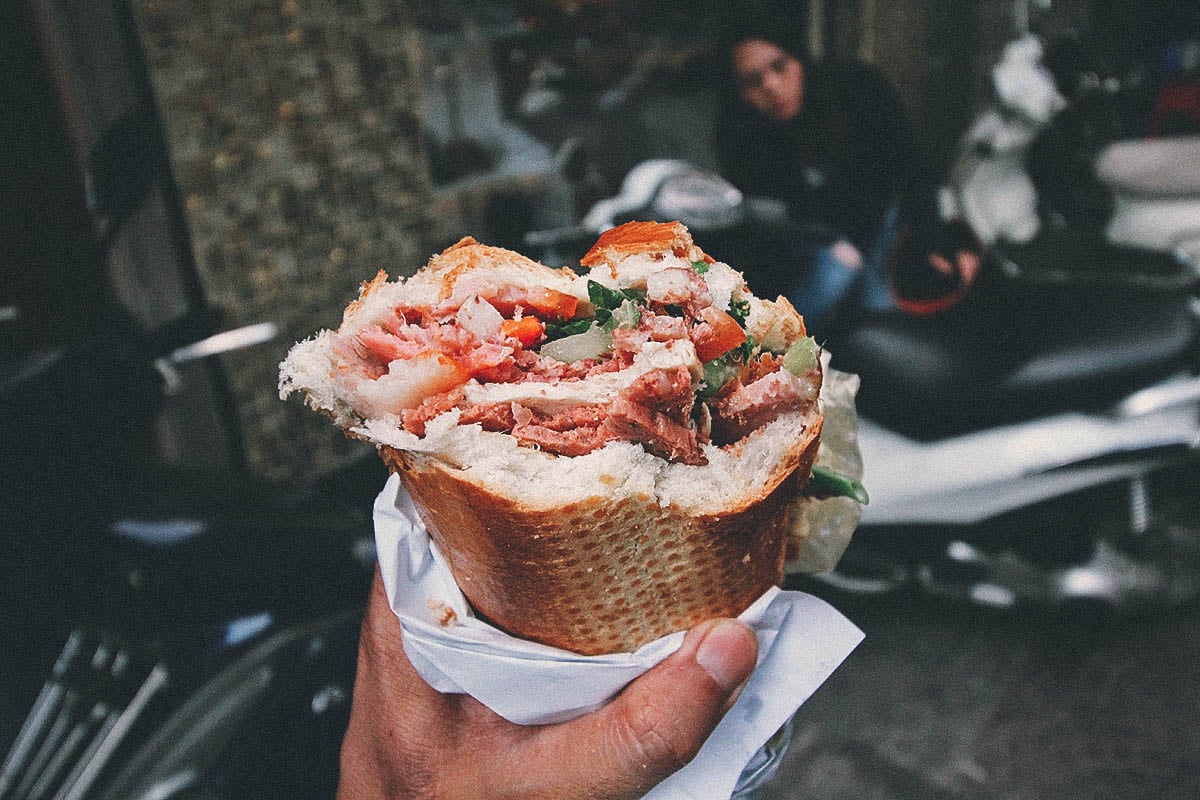